Last year, and the year before, I was literally obsessed with Love Island. I would look forward to the allotted hour every night like an excited puppy. I’d get incredibly frustrated with my friends whenever any of them wanted to make plans with me in the evening. I was not available.

But this year? Meh.

I think it’s because there have been far more high quality TV programmes to watch instead of it. Killing Eve season 2, The Handmaids Tale, Big Little Lies, The Line Of Duty. And so on. I’d also rather read books, listen to podcasts, workout, get on top of my ironing pile. I’m a busy MF these days and I need to use all my extra time wisely.

But also, I’ve been put off by the bizarre feeling it gives me. It doesn’t sit right with me any longer; almost wishing and hoping a group of (young) strangers would have sex (or thereabouts) within hours of meeting. As well as the bullying, gaslighting and body-image issues it has raised, and the very sad suicides of two former contestants.

I have a daughter and a son. How would I feel if they were on the show?

I know it’s a bit of fun. Escapism. It’s light relief for many people after a long day of stress. It’s something to talk about with colleagues over the water cooler in work. I do 100% get it. Plus it’s great to have entertaining TV that everyone has an opinion on / brings us together as a community. It’s also pretty harmless, right?

But I can’t get over that these are real, young people; with feelings. And when they come out of the villa and go back to normal life they will face a huge backlash on social media to contend with over their so-called (edited) ‘behaviour’ (which is not easy anyway at twenty when you’re still figuring out yourself and the world around you).

And no, they probably shouldn’t go on the show if they don’t want to expose themselves to this kind of pressure or stress, but how many of us made rather poor choices for a lot of their twenties? *puts hand up*

As The Independent quotes, “Imagine returning from a blissful, sun-soaked holiday to find that everyone in the country is talking about you. Your face is on the cover of magazines, your dating history is being scrutinised by people you’ve never met and every secret you ever held dear is being used against you. That is what can happen when reality TV sends dozens of well-groomed single people to an idyllic villa in the hope that they will find love – and make great TV in the process.”

Maybe it’s because I’m too middle aged. Maybe I’m a just a prude. Perhaps I’m just a bloody big bore these days…I’m also clearly not at all their target audience either. But instead, I’d rather leave the romantic island antics this year and watch Villanelle doing her thing alongside Eve on my TV any day.

What do you think – love it, or hate it? 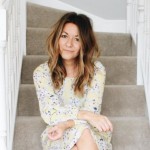 Jess is a Mum of boy & girl twins and a Head of HR in Telecoms.
Jess likes coffee, sunshine and a good quote.

You may also enjoy: